Bitcoin, a digital currency issued on the Bitcoin blockchain, is the first and most famous cryptocurrency. It is so widely known that many people use the term Bitcoin and cryptocurrency interchangeably. However, there are other cryptocurrencies (aka altcoins) that work on different blockchains and offer a range of applications and technological benefits or tradeoffs.

Markets remain diverse, with many coins coexisting offering a variety of features. Long-term investors are hedging their bets, investing in a portfolio of the major cryptocurrencies, trying to catch the one that could become the future Microsoft or Apple. Short-term traders benefit from the volatility of the forex-type market, taking advantage of fluctuating prices and the uncertain regulatory environment. Whether you are a budding investor or a trader, it is good to know about alternative cryptocurrencies so that you can make better investment decisions. Here are the 5 best crypto-coins that are worth studying.

Ethereum (ETH) is the second largest cryptocurrency in the world, according to Coinmarketcap. The majority of websites and wallets use the term Ethereum for the platform, blockchain, and cryptocurrency, even though the coin itself is referred to as Ether, a term that is rarely used.

The concept of Ethereum was first proposed by a young Russian researcher and programmer,  Vitalik Buterin. Ethereum’s biggest benefit is the introduction of self-executing smart contracts, often referred to as decentralized applications (DApps). Smart contracts are mini-programs that can perform any function or condition, often issuing new crypto tokens. Anyone can use the Ethereum programming language, Solidity, to create tokens, build decentralized applications, and run them on the Ethereum virtual machine. The majority of current crypto tokens are made using Ethereum’s ERC20 standard. Ethereum’s competitors in the tokenization niche include NEO, EOS, Stellar, and Cardano.

Ethereum is often part of a diverse crypto investment portfolio. The benefits of ETH include the intrinsic value of the platform other than monetary transactions and the wide adoption by blockchain projects, tech startups, and companies interested in token issuance and asset tokenization.

The Ripple blockchain offers an alternative to slow, expensive, and outdated financial transfer systems such as SWIFT. Thanks to Ripple, large businesses can quickly transfer money overseas, while bypassing traditional exchange rates and additional bank fees.

Unlike decentralized and open source blockchains, Ripple is a centralized, for-profit company that hopes to monetize its cross-border transfer solution. The managers used traditional funding channels to raise significant seed capital from global banks and public investors. This makes Ripple more trustworthy in the upper echelons of the business and almost uniformly despised by crypto enthusiasts who believe in decentralized finance.

The advantages of Ripple include transaction speed and scalability. XRP settlements take around 5 seconds, while BTC settlement speed is around 10 minutes (the average time it takes to create a new block on the Bitcoin blockchain). Ripple is also more scalable at the moment; it can support over 1,500 transactions per second (TPS), as opposed to Bitcoin’s 7 TPS.

Litecoin is considered to be one of the largest cryptocurrencies in the world. It was developed in 2011 as a solution to Bitcoin’s low transaction speed and scalability issues. It was intended to complement Bitcoin’s value storage status with faster and cheaper transactions.

Based on the same source code as Bitcoin, Litecoin retains many Bitcoin features. It uses a consensus based on proof of work. New coins are mined, giving a sense of scarcity meant to increase the coin’s intrinsic value. LTC and BTC numbers   are capped at a certain number; There are 84 million Litecoins for 21 million Bitcoins, and both coins can use similar technologies such as the Lightning Network to speed up transactions in the future.

Differences from SLD include:

Many crypto enthusiasts point to the redundancy of Litecoin in the sea of ​​newer and faster coins focused on the payments niche. However, Litecoin remains one of the oldest and best-known coins with a large market capitalization and an active community of investors, which makes it an attractive currency for speculators.

The EOS blockchain and  cryptocurrency  native (EOS) are in direct competition with Ethereum. The open-source project offers a smart contract platform with minimal fees and millions of transactions per second.

The EOS white paper was only published in 2017, claiming a solution to the scalability issues of previous blockchains by introducing delegated proof of consensus on issues. Since then, the cryptocurrency quickly reached the 7th high position in the Coinmarketcap (as of December 2019).

Critics of the DPoS solution point out that EOS achieves higher network throughput and potential scalability at the expense of decentralization and security. The EOS network has only 21 block producers. The advantages of the EOS platform include:

– Ultra-low fees (aiming for zero fees in the future)

Despite harsh criticism from advocates for decentralization, the EOS coin is in high demand and the concept of DPoS consensus drives research and development in crypto communities. The platform is still relatively new, and it will have to work harder to get developers and startups to tokenize on EOS rather than Ethereum.

Bitcoin Cash is a hard fork of Bitcoin that broke up in 2017 and is currently the fifth largest cryptocurrency, according to Coinmarketcap.

The benefits of BCH, as opposed to BTC, may include future scalability through larger block sizes that allow more block trades and faster settlements. BCH supporters point to the excellent results of the network stress test in 2018 which saw more than 700,000 successful trades in one day. BCH can currently process approximately 116 transactions per second. The coin also has many compatible wallets and a vibrant community that has broken away from the classic Bitcoin and continues to develop BCH and promote its global adoption.

Critics point to recent BTC, BCH, and BSV block-size feuds that range from philosophical debates to Twitter wars, and may have confused and alienated some of the mainstream media and investors.

There is an ongoing discussion about which coin is most likely to succeed in financial markets due to its technological and socio-economic advantages. The potential winner of this race, if there is one, could lead the market in terms of adoption and application across industries. Many are hoping that buying the right cryptocurrency for the long term could be similar to investing in early Microsoft or Apple.

Bitcoin maximalists believe that Bitcoin will be the only functional coin of the future, while proponents of Ethereum, Bitcoin Cash or Bitcoin SV believe that the coins chosen are optimal for long-term growth and adoption. . As with the dotcom bubble, only time will tell what crypto-currencies, if any, remain effective over time and how the technology the blockchain continues to disrupt various industries.

In the meantime, as an aspiring crypto investor, you should always do your own research, follow market movements, and keep up with recent developments in the blockchain and cryptocurrency niches.

This article is an expression of the authors’ opinions and publicly available information on cryptocurrencies. This article does not constitute financial or investment advice. Blockchain 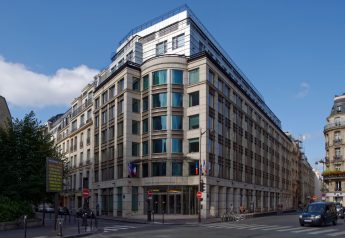 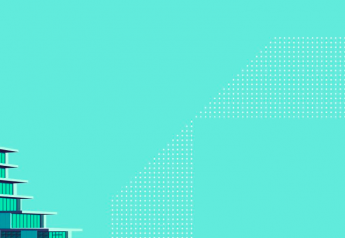 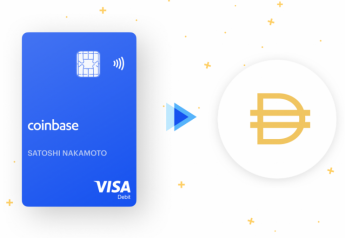